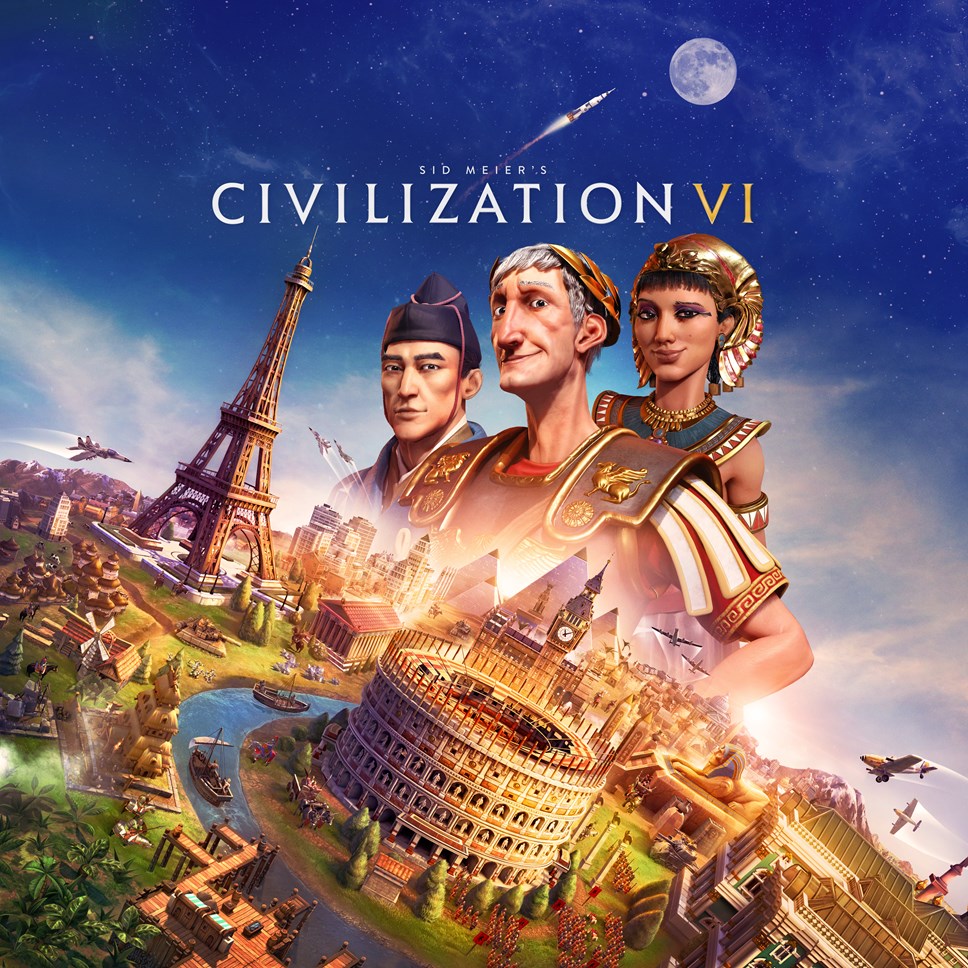 Explore a new land, research technology, conquer your enemies, and go head-to-head with history’s most renowned leaders as you attempt to build the greatest civilization the world has ever known

Originally created by legendary game designer Sid Meier, Civilization® VI is a turn-based strategy game in which you attempt to build an empire to stand the test of time. Play as different historic leaders from various civilizations around the world and determine your path to victory. Settle in uncharted lands, improve your surroundings, build new districts, and see your cities – and your civilization – prosper. Take Civilization VI to new heights with the Gathering Storm and Rise and Fall expansions, adding new civilizations, leaders and major enhancements to gameplay such as Great Ages and an active planet where geology and climatology present unique new challenges.