New York, NY – August 28, 2018 – 2K today announced that the Company is partnering with HB Studios to publish The Golf Club 2019 Featuring PGA TOUR®, the latest entry in the award-winning golf simulation series. Developed by HB Studios, The Golf Club 2019 Featuring PGA TOUR marks the franchise’s first release featuring the official PGA TOUR license and presents an opportunity, through the new partnership, to deliver the most comprehensive and engaging virtual golf experience to date for the series. The Golf Club 2019 Featuring PGA TOUR is available now for digital download on the PlayStation®4 computer entertainment system and the Xbox One family of devices including the Xbox One X and Windows PC. In addition, physical versions of the game will be available at participating retailers this fall.

“HB Studios has an established and impressive track record in sports simulation game development, and from its early plans for The Golf Club 2019 Featuring PGA TOUR, we saw significant potential in both the game and future of the franchise,” said Greg Thomas, President at Visual Concepts. “With a solid foundation and talented team in place, we’re eager to leverage our collective strengths and make a notable impact for golf and simulation sports enthusiasts everywhere.”

“I’m immensely proud of all the hard work and passion that our team has put into making this game. It’s truly been a labor of love, and I think that’s reflected in the product,” added Alan Bunker, CEO of HB Studios. “We couldn’t be happier to align with 2K and the PGA TOUR to share our passion for golf and sports simulation gameplay with franchise enthusiasts and newcomers worldwide.”

“We are thrilled to have partnered with HB Studios and 2K to create and distribute the first-ever tournament play mode within a console game, featuring some of the most recognized PGA TOUR events including THE PLAYERS Championship,” said Len Brown, Chief Legal Officer and Executive Vice President Licensing for PGA TOUR. “The career mode will allow our fans to rise through the ranks and earn their way onto the PGA TOUR, where they will compete on authentic TOUR courses.”

The Golf Club 2019 Featuring PGA TOUR sets a new franchise benchmark for authenticity and realism, including:

In addition, for the first time in franchise history, players will experience an officially licensed PGA TOUR Career Mode:

Finally, The Golf Club 2019 Featuring PGA TOUR will now include a robust online multiplayer system for matchmaking and private matches:

The Golf Club 2019 Featuring PGA TOUR is rated E for Everyone by the ESRB and is available now for digital download on PS4™ system, Xbox One and Windows PC. In addition, physical versions of the game will be available at participating retailers this fall. For more information regarding The Golf Club 2019 Featuring PGA TOUR, visit thegolfclub2019.com, become a fan on Facebook, follow the game on Twitter or Instagram using the hashtag #TCG2019 or subscribe on YouTube.

The PGA TOUR co-sanctions more than 130 tournaments on the PGA TOUR, PGA TOUR Champions, Web.com Tour, PGA TOUR Latinoamérica, Mackenzie Tour-PGA TOUR Canada and PGA TOUR Series-China. Members on the PGA TOUR represent the world’s best players, hailing from 25 countries (85 members are from outside the United States). Worldwide, PGA TOUR tournaments are broadcast to more than 1 billion households in 226 countries and territories in 23 languages. Virtually all tournaments are organized as non-profit organizations to maximize charitable giving. In 2017, tournaments across all Tours generated a record of more than $180 million for local and national charitable organizations, bringing the all-time total to $2.65 billion. The PGA TOUR's web site is PGATOUR.COM, the No. 1 site in golf, and the organization is headquartered in Ponte Vedra Beach, Florida.

Founded in 2000 and headquartered in Lunenburg, Nova Scotia, Canada, HB Studios is an electronic entertainment software company that specializes in creating console, mobile, handheld and PC games. To date, HB has shipped 49 titles, selling over 27 million units, and contributed to 20 others. More information about HB Studios and its products can be found on our website, www.hb-studios.com. Join the official game community forum via www.thegolfclub2019.com.

The statements contained herein which are not historical facts are considered forward-looking statements under federal securities laws and may be identified by words such as "anticipates," "believes," "estimates," "expects," "intends," "plans," "potential," "predicts," "projects," "seeks," “should,” "will," or words of similar meaning and include, but are not limited to, statements regarding the outlook for the Company's future business and financial performance. Such forward-looking statements are based on the current beliefs of our management as well as assumptions made by and information currently available to them, which are subject to inherent uncertainties, risks and changes in circumstances that are difficult to predict. Actual outcomes and results may vary materially from these forward-looking statements based on a variety of risks and uncertainties including: our dependence on key management and product development personnel, our dependence on our Grand Theft Auto products and our ability to develop other hit titles, the timely release and significant market acceptance of our games, the ability to maintain acceptable pricing levels on our games, and risks associated with international operations. Other important factors and information are contained in the Company's most recent Annual Report on Form 10-K, including the risks summarized in the section entitled "Risk Factors," the Company’s most recent Quarterly Report on Form 10-Q, and the Company's other periodic filings with the SEC, which can be accessed at http://www.take2games.com. All forward-looking statements are qualified by these cautionary statements and apply only as of the date they are made. The Company undertakes no obligation to update any forward-looking statement, whether as a result of new information, future events or otherwise. 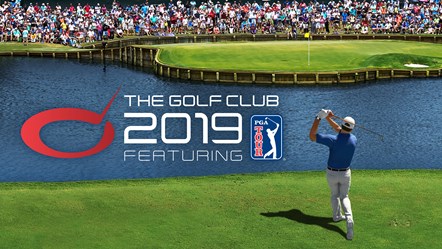 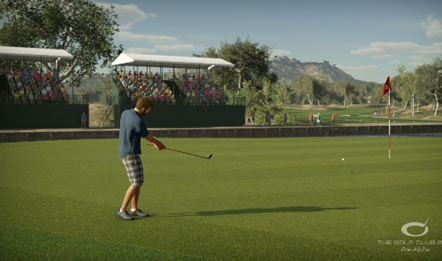