The second half of Season Pass 2 arrives, bringing with it a brand new raid boss, murder mystery story missions, daily and weekly challenges via Vault Cards, and a cache of behind-the-scenes content

Attention Vault Hunters! New challenges await you in the Borderlands® 3 Director's Cut add-on, which is now available for purchase separately and available to download for owners of Borderlands 3 Ultimate Edition or Season Pass 2.* In addition, the brand new Disciples of the Vault cosmetic packs just debuted alongside Director’s Cut; two new loot machines have been added to the base game for use by all players; and Borderlands 3 has joined the PlayStation Now library.

For those interested in learning more about how games like Borderlands 3 get made, Director's Cut also includes a wealth of behind-the-scenes content. Explore a gallery full of concept art, view deleted scenes, see some of the team’s favorite pre-release bugs, and maybe find answers to some questions you didn’t even know you had.

Coinciding with the release of Director's Cut, the Disciples of the Vault cosmetic packs have been granted to players who own Season Pass 2 or Borderlands 3 Ultimate Edition and are now available for purchase separately. These cosmetic packs show who Borderlands 3’s Vault Hunters would have become if they’d joined the Children of the Vault. Each character-specific pack includes a one-of-a-kind Vault Hunter body and matching head, which you can mix and match with any other customization options you have in your collection.

In addition, two new machines have now been added to the base game: Crazy Earl's Reroll and Maurice's Black Market Vending Machine, both of which are available to all players at no additional cost. Crazy Earl's Reroll replaces the existing Anointment on a specified item in exchange for some Eridium. Maurice's Black Market Vending Machine offers top-tier Legendary loot and will be hidden in a new location within the base game each week. It'll be up to the Borderlands community to track it down and see what he's got. *Requires a copy of the Borderlands 3 base game to play. 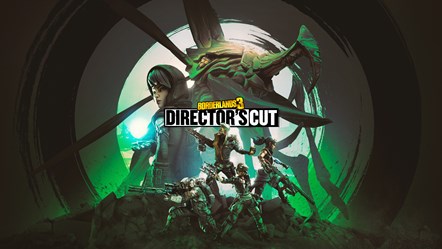 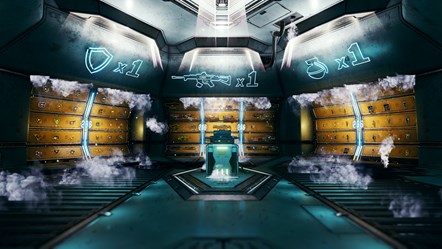