2K today revealed an in-depth look at Seasons for NBA® 2K22, which will be available across multiple game modes for the first time in the series. Players will be able to level up within the City*, Neighborhood, and more to redeem rewards at no additional cost after reaching each new Seasons level.

Additionally, NBA 2K22 Seasons now extends across MyCAREER, MyTEAM, and The W Online*, where players will be able to:

Season 1 of NBA 2K22 will be filled with new ways to explore the City and the Neighborhood, popular tracks and hits, fresh apparel drops, and more. For more details on what’s included throughout Seasons in NBA 2K22, check out the latest Courtside Report.

NBA 2K22 will be released on September 10 for PlayStation 5 and PlayStation 4, Xbox Series X|S and Xbox One, Nintendo Switch, and PC platforms. For more information, please visit the NBA 2K22 official site. 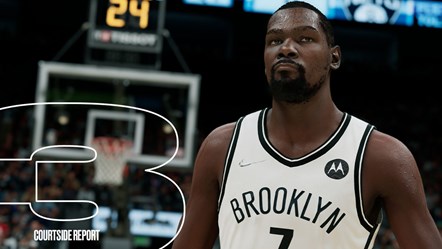 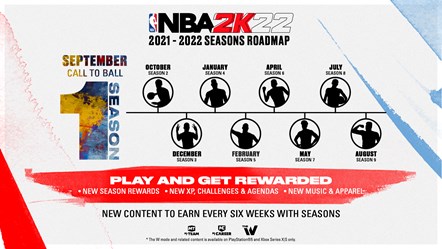