Durant will serve as the face of NBA® 2K Mobile Season 3, available today with brand-new updates

2K today announced a unique partnership with Brooklyn Nets superstar Kevin Durant and Thirty Five Ventures, the company co-founded by Durant and entrepreneur Rich Kleiman. Durant will be the icon athlete for Season 3 of NBA® 2K Mobile*, the authentic, console-quality NBA experience on your iOS or Android device, which is available today as a free, downloadable update on the Apple App Store and Google Play Store.

As part of a long-term partnership, Durant and his Thirty Five Ventures team will collaborate with 2K on future game development, exclusive content, in-game merch and more. Durant’s sports business platform, The Boardroom, will also work with 2K on original content. Additionally, Durant’s charitable organization – the Kevin Durant Charity Foundation - and 2K’s charitable arm, 2K Foundations – will work together on future court renovations and other programming to inspire underprivileged youth around the world. The Boardroom also has more details on today’s partnership.

“I’ve been a fan of and worked with NBA 2K for years, so I’m thrilled to be the icon athlete of the NBA 2K Mobile app for Season 3,” said Kevin Durant. “In addition to representing the mobile experience, I’m honored to be working in partnership with 2K on the franchise and contributing to the development of the game and the 2K experience outside of the game.”

NBA 2K Mobile is back with Season 3 and includes: 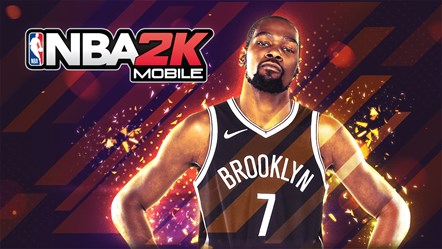 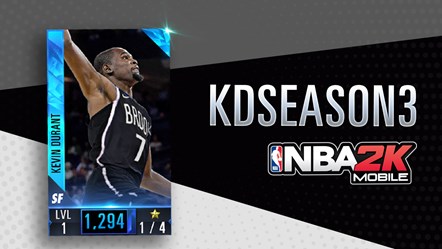