2K today announced that WNBA Champion, two-time MVP and six-time All-Star Candace Parker will grace the NBA® 2K22 cover on the WNBA 25th Anniversary Special Edition, available only in the U.S. and Canada on September 10. She joins Luka Dončić, who was named cover athlete for the Standard Edition, and Kevin Durant, Dirk Nowitzki and Kareem Abdul-Jabbar, who feature as cover athletes for the NBA 75th Anniversary Edition.

Parker’s appearance is a milestone for NBA® 2K as the first female cover athlete in the history of the franchise. From Rookie of the Year to 2020’s Defensive Player of the Year, the Chicago Sky forward’s storied career has revolutionized the game and cemented her as one of the top players in the WNBA’s 25-year history.

“The cover of NBA 2K is such a pivotal platform to inspire young ballers, and I wanted future WNBA stars to know that they can be cover athletes too,” said Parker. “Representation matters, so this is a special moment of progress for the sport and the series. To be part of this historic cover is a testament to the growth and rising popularity of the women’s game, and I’m proud to be the first female cover athlete to be the face of NBA 2K.”

“We are excited to be the only retailer to carry the first-ever WNBA cover athlete, featuring Candace Parker, and we invite our customers to get a head-start on pre-ordering this title and make room in their video game libraries for this NBA 2K22 exclusive edition,” said Eric Bright, vice president of merchandising at GameStop.

The WNBA 25th Anniversary Special Edition is available for pre-order now and is currently scheduled for release on September 10. 2K will also be releasing additional announcements about NBA 2K22 in the coming weeks, including first looks at features, the soundtrack reveal, live service updates, and much more. With ever-expanding content and one of the most passionate hoops communities, basketball never stops in NBA 2K. 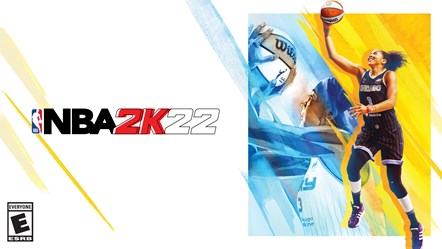