NBA 2K21 leverages the new computational power from next-gen hardware to completely rework all player movement systems including dribbling, on and off ball movement and a promising new "Impact Engine" that aims to remove the snatching used in past games and resolve collisions on the fly as players come into contact in midair. The changes make it easier to go exactly where you want on the floor and in the manner you’d expect, providing the smoothest and most realistic on court experience ever.

PlayStation 5 users will also benefit from specific adaptive triggers and haptic feedback features made possible by the console’s next-gen controller. Adaptive triggers will convey a new energy/fatigue system which will give players more resistance on the Sprint trigger as your player’s energy drains and new contact systems will provide haptic feedback to the controller anytime players make significant contact. 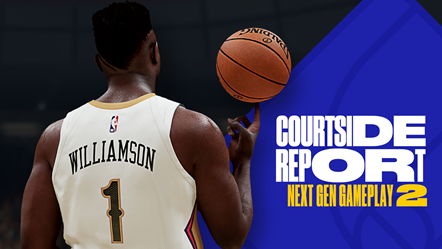