Go all out in MyTEAM Season 7!

2K today announced the next action-packed season of MyTEAM for NBA® 2K21 on PlayStation 4 and 5, Xbox One and Xbox Series X|S, Nintendo Switch, Google Stadia and PC arriving tomorrow. Start your engines, it’s time to put the pedal to the metal in the four week long MyTEAM Season 7 - Full Throttle. Matching the intensity of the conclusion of the NBA regular season, ballers will jump hot off the line on the race to level 40, with 150,000 XP released on day one to kick start the season.

Season 7 - Full Throttle, the quickest MyTEAM Season to date, ends on June 4 and features a heart-pumping thrill of fast-paced action, challenges and rewards including:

Check out the full Courtside Report here for all the details on the latest season.

Remember that all progress players make on the PlayStation 4 and Xbox One versions of NBA 2K21 will transfer to the PlayStation 5 and Xbox Series X|S versions within the same console family via dual-access. More information is available at the dual-access FAQ. Additionally, NBA 2K21 is now available on Xbox Game Pass, Microsoft’s subscription service, for players that want to jump in. More details can be found here. 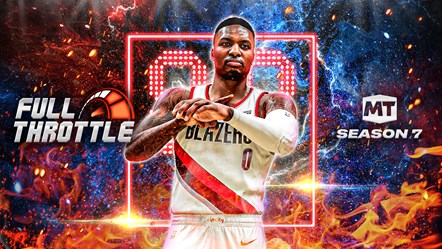 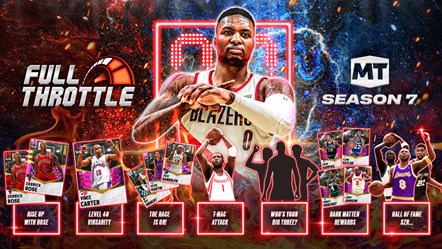