An open letter from 2K to the WWE gaming community

From everyone at 2K, we hope that you and your families are all well and safe. We also hope our games and the vibrant communities you have created around them are continuing to bring you joy and help you stay connected and engaged during these uncertain times. We are extremely fortunate to be in the entertainment industry and it’s a privilege and responsibility we don’t take lightly.

With that in mind, we’ve got news to share in the world of WWE 2K video games and want to give you a candid look at the road ahead.

Let’s begin with a surprise… We’ve got two words for you: NEW GAME! We’re thrilled to introduce you to WWE® 2K Battlegrounds, a completely new WWE gaming experience that will feature arcade-style action and over-the-top Superstar designs, environments and moves. We’re focusing on social pick-up-and-play fun, but with plenty of depth for those who want to get way into it.

Check out the trailer:

Whether you’re a casual gamer just learning the ropes or a passionate fan ready for all the action, WWE 2K Battlegrounds provides another way to enjoy WWE video game action. The game is being developed by Saber Interactive, the studio behind NBA 2K Playgrounds, who have been hard at work on WWE 2K Battlegrounds and are excited to let you smell what they’re cookin’.

WWE 2K Battlegrounds is scheduled to launch this fall and we look forward to sharing more information about the game in the coming months.

Next, we want to address WWE® 2K20. We’ve heard and appreciate your feedback, and continue to listen to you closely. Since launch, we’ve released five title updates, addressing hundreds of reported concerns, and have released four WWE 2K20 Originals DLC expansions to build on and improve the experience. We’ve also heard your requests to keep the WWE 2K19 servers running; they will remain active for the time being.

All of that being said, we hear you and we know you want more from the franchise, so here’s what we’re going to do: we are applying what we’ve learned to the next WWE 2K simulation game with a renewed focus on quality and fun. As part of that commitment, we are extending the production timeline and will not be releasing a WWE 2K simulation game in 2020 (T2 fiscal year 2021). We want to ensure the development team at Visual Concepts can create a great game that will entertain grizzled WWE 2K veterans, as well as newcomers who want to climb through the ropes and step into the ring for the very first time.

We’ve recruited Patrick Gilmore to serve as our new Executive Producer and lead these efforts at Visual Concepts. Patrick has over 25 years of experience in video games, reaching all the way back to Disney’s Aladdin on Sega Genesis, and including franchises like Killer Instinct, Medal of Honor, and, most recently, Amazon’s New World. He will be overseeing WWE 2K development, and you’ll be hearing more from him and the team in the months to come.

We hope you find this news as exciting as we do. We are confident it will lead to better games in the future.

Finally, we want to take a moment to thank you for your continued enthusiasm for WWE® SuperCard. Now in its sixth season, WWE SuperCard recently achieved a milestone of more than 20 million installs as it continues to entertain legions of players with its unique approach to collectible card battling action. We’re incredibly proud of the work Cat Daddy has done to build and maintain such a successful game that continues to entertain MILLIONS (and millions) of players. Expect to see more card tiers, game modes, in-game events and exciting announcements as WWE SuperCard content continues to roll out.

In closing, we want to thank you again, and hope you’ll join us in celebrating these announcements. 2K and WWE are reaffirming a long-term commitment to expand the WWE Games family in ways that directly benefit you, the fans. We are taking the time we need to deliver the quality you deserve, while at the same time offering new experiences and ways to have fun with the WWE Superstars you love… And that’s the bottom line, ‘cause 2K said so! 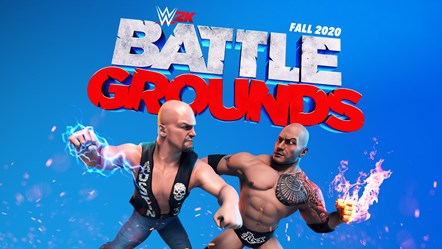 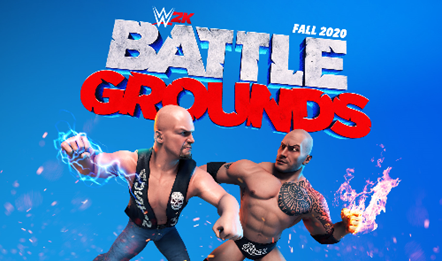